VISION​
At Global Messenger Service we are all about two things, Quantity, and Quality. When Jesus said “Go into all the world and preach the Gospel to every creature” and “Go therefore and make disciples of all nations”… He identified two things that are key to our vision of fulfilling the Great Commission.

The first is Quantity. Preach to everyone, everywhere. The world is our parish and we travel to some of the most difficult and remote areas of the world to accomplish this goal.

The second is Quality. Making disciples and training and mentoring the next generation of leaders of the church. We provide them with materials that will help them be the best they can be.

History:
​​In 1979, God spoke to Jack and Sherry Harris and inspired them to give their lives reaching the world with the Gospel as missionaries. From 1980 to 1982, Jack attended Bible college. Upon graduation, they took their first international trip to Mexico. Several more trips to Mexico were taken, quickly followed by trips to Guatemala and India. In 1985, they moved to India where they resided for several years before relocating to Malaysia. In 1992, Jack and Sherry moved their family and their ministry back to St. Louis where they continue to:

1. Reach unreached people with the Gospel.2. Train leaders in other nations, helping them reach their own people with the Gospel.3. Promote the cause of world evangelism to churches and Christians in America.In the last thirty years, this has been applied practically by holding over 200 crusades in India, Guatemala, Costa Rica, Kenya, Poland, Latvia, Ukraine, Thailand, Mexico and Brazil. The Gospel has been preached to literally millions of people and tens of thousands have accepted Jesus as their Savior!​In 1984, Global Messenger Service started All India Ministers Fellowship (A.I.M. Fellowship), a ministers seminar, with 75 pastors in Chennai, India. Over the years, the monthly seminar grew to over 6,000 ministers regularly meeting in 39 cities across India. In 2002, the fellowship was turned over to national leadership and continues to minister each month to leaders. Each year, Global Messenger Service continues to conduct regular “Global Leadership” meetings in the nations of Brazil, Costa Rica, Spain, Vietnam, Indonesia, and India. Through these meetings, Jack and Sherry are honored to have encouraged, challenged and ministered to over 125,000 leaders across nations.Church planting has been one of our primary channels to reach cities with the Gospel. By networking with national leaders, Global Messenger Service has planted hundreds of churches in India, Vietnam, Guatemala, Costa Rica, Brazil and Sri Lanka. In Vietnam, a country with an explosive growth of Christianity, there is a severe lack of Bibles. Jack spent many years smuggling Bibles across the border, yet the need continued to overwhelm the supply. In 1990, GMS established an underground printing press and has since been able to print thousands of Bibles and get them into the hands of the Vietnamese people.In 1991 and 1992, Jack and Sherry founded two children’s homes in India, one for boys and one for girls. Over 50 children have been ‘adopted in’ over the years. Giving these children a family, a home, an education, and a future has been one of the greatest joys for Jack and Sherry throughout their ministry.Throughout the years, GMS has launched several campaigns including “One Million Souls for Heaven”, “Taking Vietnam to a Higher Level”, “World Vision 20/20” and a massive tsunami relief effort in Banda Aceh, Indonesia.In 2003, Steve Smith joined forces with GMS and provides leadership to leaders, and oversees the development of projects and campaigns.​

At Global Messenger Service, it's all about reaching the world for Christ.

Global Messenger Service is a missions organization focused on reaching unreached people groups with the message of Jesus Christ; empowering leaders to help them reach their cities and nations; and providing humanitarian aid across the globe.

Through the years, we have established children’s homes, clinics, and a full-service hospital; planted wells and numerous churches; adopted an entire slum; and provided food, vitamins, and medical treatment to thousands in need, including those affected by tsunamis, hurricanes, and floods.

At GMS, serving our fellow man is serious business. As the hands and feet of Jesus, we are able to shine His light in the darkest places and offer hope to those who don't know the freedom of a life lived in Him. 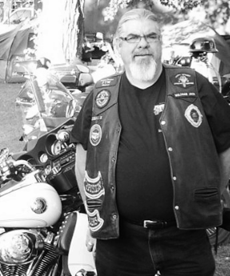